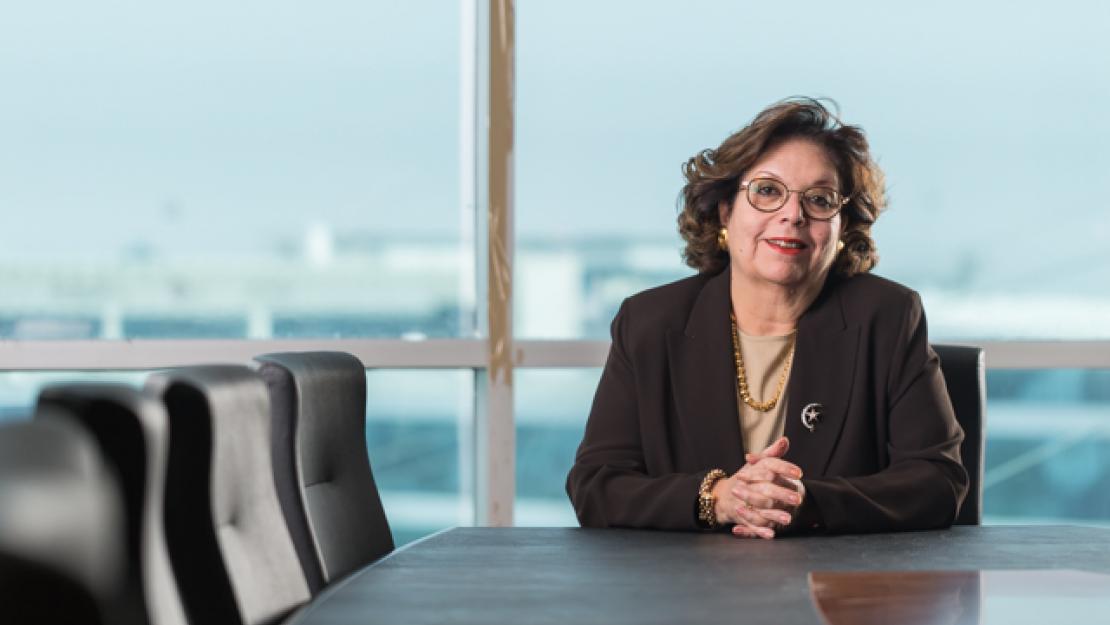 AUC School of Business alum and current SAB member Nayera Amin’s success-filled career is now taking her on a new adventure as a member of the non-executive board of the Housing and Development Bank.

American University in Cairo (AUC) School of Business alum and Dean’s Strategic Advisory Board (SAB) member Nayera Amin’s appointment to the board of the Housing and Development Bank represents just the latest accomplishment in her distinguished career.

Since graduating with a bachelor’s in economics from AUC in 1976, Amin has become an authority in the Egyptian banking industry through her hard work and dedication.

She started her career by joining Citibank later on in the year, and stayed there for a staggering 31 years, during which she obtained an MBA with a focus on international business and marketing from AUC in 1981 and considerably moved up the bank’s ranks. Amin then moved on to become the Chief Business Officer of Bank Audi. More recently, she served as the Chief Executive Officer and Managing Director of Piraeus Bank for about seven years before its acquisition by Al Ahli Bank of Kuwait.

Her latest appointment is not just likely to be the latest exciting chapter in her stellar banking career, but also adds another board role to her résumé. Indeed, as a School of Business SAB member, she is among a select and socially diverse group tasked with facilitating networking, identifying strategic opportunities and fostering development within the School. While she won’t be involved in much of the day-to-day processes, her new position will have her utilize her wealth of experience to play a role in the Housing and Development Bank’s long-term strategies.

Amin has long been — and remains — an example to follow for women in Egypt and around the Middle East throughout the years, continuously bucking many gender trends in the region through her stern work ethic and thirst for success. All in all, she is a lively example of the influential leaders and responsible professionals who call AUC School of Business their second home.