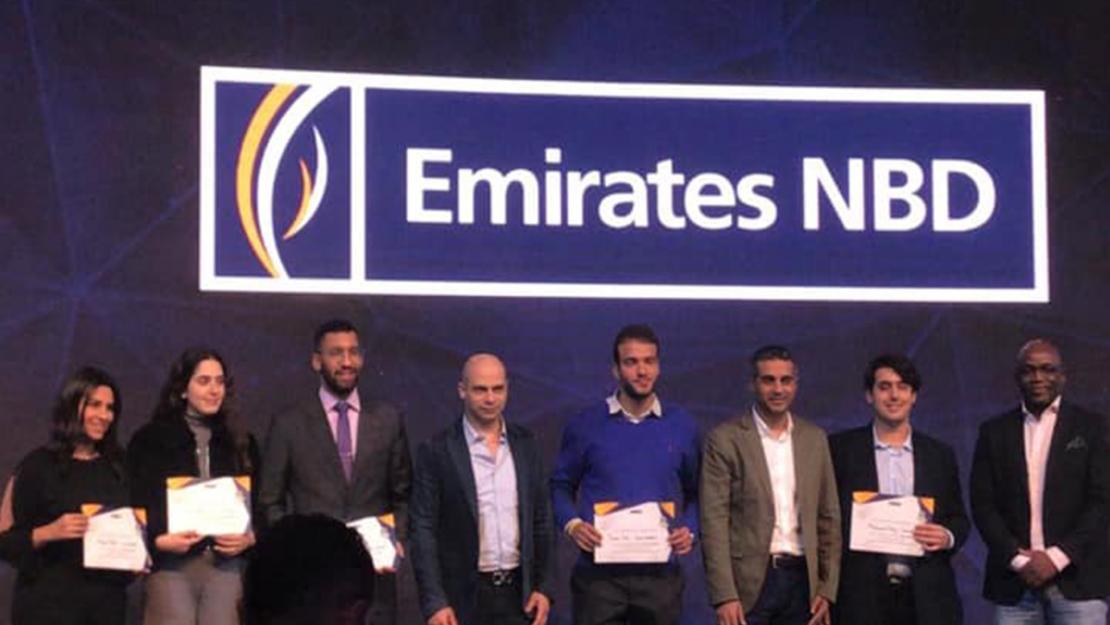 The competition, which has been running since 2016, challenges students to come up with innovative ideas for the banking industry that would either increase customer acquisition, help SME’s, or provide any type of benefit for the bank or the economy at wide. In doing so, the competition also spreads the innovation culture and mindset to millennials across Egypt.

Our students, who embarked on this challenge, developed an idea of an application: “Jarvis”, a voice-based virtual companion that uses speech recognition and natural language processing technologies, comparable to Alexa and Siri, which can be used to facilitate most banking activities and increase workplace efficiency through acting as a communications hub for bank employees.

The services of Jarvis range from simple tasks such as balance inquiries to market data, up to more sophisticated ones including developing incentivized loan and saving plans. In addition, Jarvis technologies have the capacity to transcend and catapult the Egyptian banking sector up to international standards.

On behalf of his team, Sabek stated that while they were aiming at being the first-place winners and completing the trip to the Dubai headquarters, the experience left them astonished with their capabilities and potential. They were surprised to find out that they were competent enough, as finance major students, to compete with computer and data scientists, which represented the majority of participants at the competition.

The team’s execution of the presentation, accompanied by the idea of Jarvis, received significant praise not only from the different departments of the Egyptian headquarters but also from representatives flocking in from the regional, Dubai-based headquarters. Sabek was asked by one of the mentors to stay behind after the competition was over as a request by the Marketing Director and was offered a job upon graduation. This gave him, as he puts it: “a unique sense of personal fulfillment, although the job is in a contrasting field to what I’m aiming for.”

The splendid thoughts and the achievement accomplished by our students served to show the tremendous potential that shapes undergraduate programs at AUC School of Business. This range of creativity has constantly singled the AUC from other universities, while in the process, giving our undergraduate programs pathways for development that they may have not recently drenched themselves in.