Devaluation: What the Future Holds 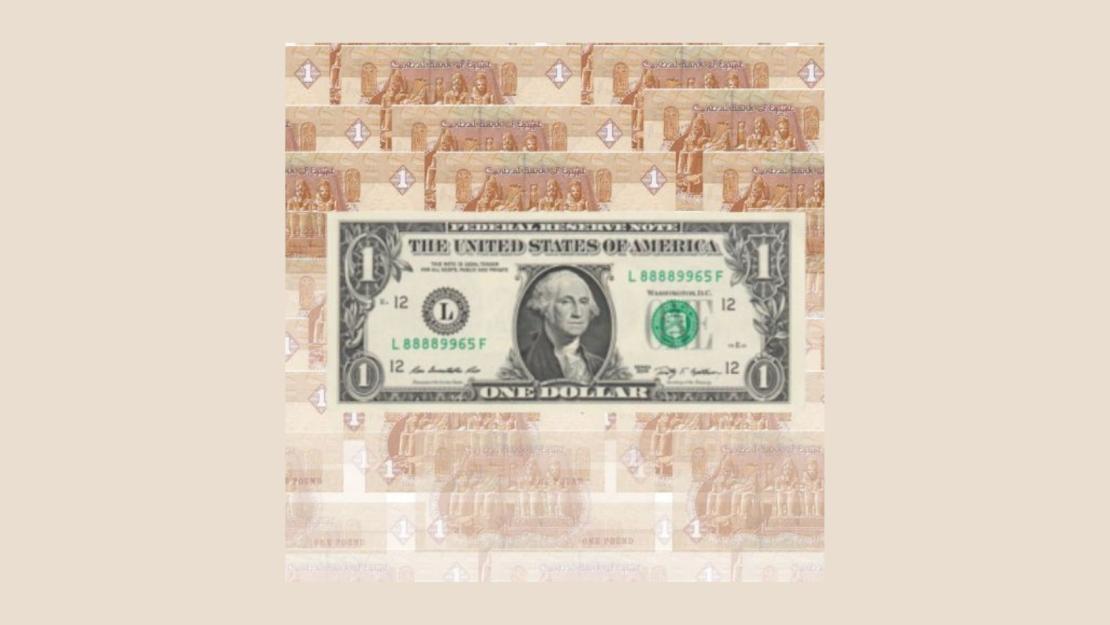 The Egyptian pound weakened against the dollar again last Wednesday in a second dip since the Central Bank of Egypt announced the flotation of Egypt’s currency on October 27, 2022. The pound has devalued by more than 70% since March 2022, a problem that has been intensified by Egypt recording its highest inflation rates in five years.

The Central Bank is moving toward a free-floating pound in order to receive financial assistance from the International Monetary Fund (IMF), but what does this mean for average Egyptians?

First, it is important to note that not every industry in Egypt uses the official pound-to-dollar exchange rate. The Egyptian government sets an official rate but other industries may use a parallel rate, also known as a black market rate. As of mid-January, the official government rate is about 29 pounds to the dollar, but certain areas in the private sector, such as auto dealers, use a rate of around 35 pounds to the dollar, says Hany Genena, adjunct faculty member in the Department of Management.

This most recent dip in value should not impact those private sectors that already maintain a weaker exchange rate. “The private sector already prices its products and services using an exchange rate of 30 to 35 EGP to one USD, depending on industry. So, on the margin, the recent moves shouldn't add much to an already high inflation rate,” explains Genena.

Meanwhile, Egypt’s dollar shortage is causing some prices to continue to rise. “Producers of food and beverage are facing a decline in their inventories of raw materials and finished products due to dollar shortage. So, the limited supply is triggering an upward increase in the selling price,” Genena says.

In the public sector, government subsidized commodities, like fuel and food items, will change prices as well. “The price of goods and services from the government will change, since they follow the official exchange rate. Hence, inflationary pressures will likely continue to grow and hopefully peak by the second financial quarter of this year, which is April 1 to June 30,” Genena states.

What Does the Future Hold?

How much lower can the pound’s value go? Hopefully, it should be stabilizing soon, Genena says. The government is slowly staging down the value of the pound to match the real market value, otherwise known as free-floating. If the government sticks to schedule, the pound should reach its final, lowest value by the second financial quarter of 2023, Genena forecasts. 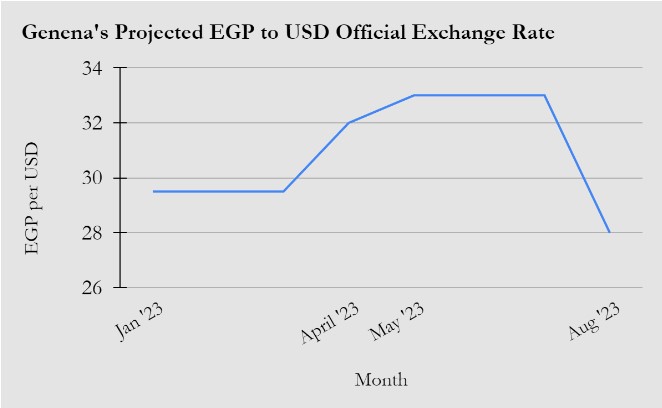 This should open up more channels for imported goods, an area which Egypt has been struggling with since the beginning of the war in Ukraine.

“The first benefit of floating the pound is that Egypt will receive official funding from multilateral partners like the IMF, who required the decision for their collaboration agreement,” states Genena. “The second benefit is that once the government scales down the value of the pound to its real market value, it will simplify the foreign exchange into a single rated currency. This will encourage private imports that should alleviate the import shortage.”

While the government and international organizations are initiating this long-term plan, Genena states that the average Egyptian still has to cope with the short-term fallout. “While inflation may not increase substantially with this last devaluation, it remains high — putting financial strain on families across the country, particularly those in the middle or lower classes who do not own USD, properties or stock,” he says.

What Can Egyptians Do?

Some banks are encouraging Egyptians to save money by offering certificates of deposit. A certificate of deposit allows an individual to deposit money in the bank, under the assumption that they will not withdraw that money for an entire year. In return, the bank will apply an increased interest rate on that money, compared to the interest rate on a normal deposit that could be withdrawn at any time, making it a better long-term investment. This should improve inflation rates in the long term, as it did when certificates of deposits were used during the currency devaluation of 2017.

Thankfully, there is a light at the end of the tunnel for Egypt, according to Genena. “It is important to remember that a key strength Egypt possesses at this stage is that banks are well-capitalized and capable of absorbing shocks. Egypt should be able to sustain growth - no matter how anemic - despite the magnitude of the financial shock,” he concludes.