AUC School of Business Ranked First in Africa By Eduniversal 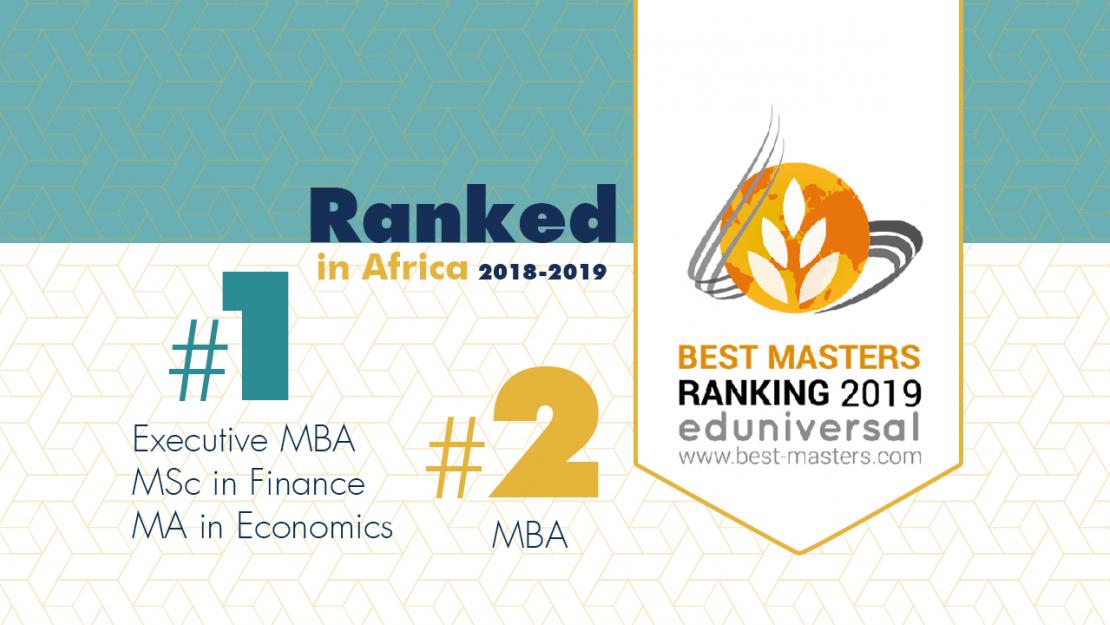 Voted by 1,000 deans from around the world as the best business school in Africa in 2019, AUC School of Business maintains its ranking as the top in the continent for the third consecutive year, according to the Eduniversal Business Schools Ranking Scheme.

The aim of the ranking process is to determine, out of thousands of different business schools, the top 1000 that will be selected from 154 countries, based on quantitative and qualitative criteria.  For each of the countries, the chosen schools are divided into five levels of excellence- constituting the “Palmes of Excellence.  The Palme level is awarded to each school according to a set of criteria, mainly related to quality of education, societal impact, internationalization as well as accreditations, major rankings, memberships in academic or professional associations, and global partnerships.

Within this context, the School has also maintained the highest stature for a business school offered by Eduniversal, represented by the 5 Palmes of Excellence.  Only 100 schools have been placed within the 5 Palmes league, indicating universal business schools with strong global influence.

Following the Palmes level grant to a school, the last step is the rating of the school inside its Palme Level in its country.  The ranking in this phase is based on the assessment made by peers: deans of other best business schools from around the world ranked by Eduniversal, forming up the deans’ vote.  On this note, AUC School of Business was voted by 1,000 deans from around the world as the best in Africa, forming a 389% recommendation.

“Year after year our school performance and consequently its ranking endorses our claim as the best School of Business in Egypt and one of the best in the Middle East and Africa region.  The Eduniversal ranking recognition of our school as the best in Africa for the third consecutive year by fellow deans from around the world is a clear testament that we continue to create the positive impact on our ecosystem and the society at large”, stated Dean Sherif Kamel.  “We have the capacity to compete at the highest level, the passion to make a difference and the stamina to continue to improve our offerings and serve our society.  The environment for higher education in general as well as business and management education in specific is changing and will continue to evolve, and I am confident that we will continue to advance our programs and activities and lead the pack with our collective experience, motivation, and drive.”

The School was awarded this prestigious recognition during the Eduniversal World Convention, in Bangkok, Thailand where an Eduniversal Awards Ceremony was held to award the top 3 business schools from each of the 9 geographical zones participating in the ranking.

The ranking comes at a very exceptional time for the School, as we are approaching the celebration of a decade since our restructuring as our rebranding as School of Business.  Such recognitions testify to the efforts exerted on a daily basis across the School by all its stakeholders to create a global influence and bear testimony to the School’s capability in achieving more transformational impact in the future.