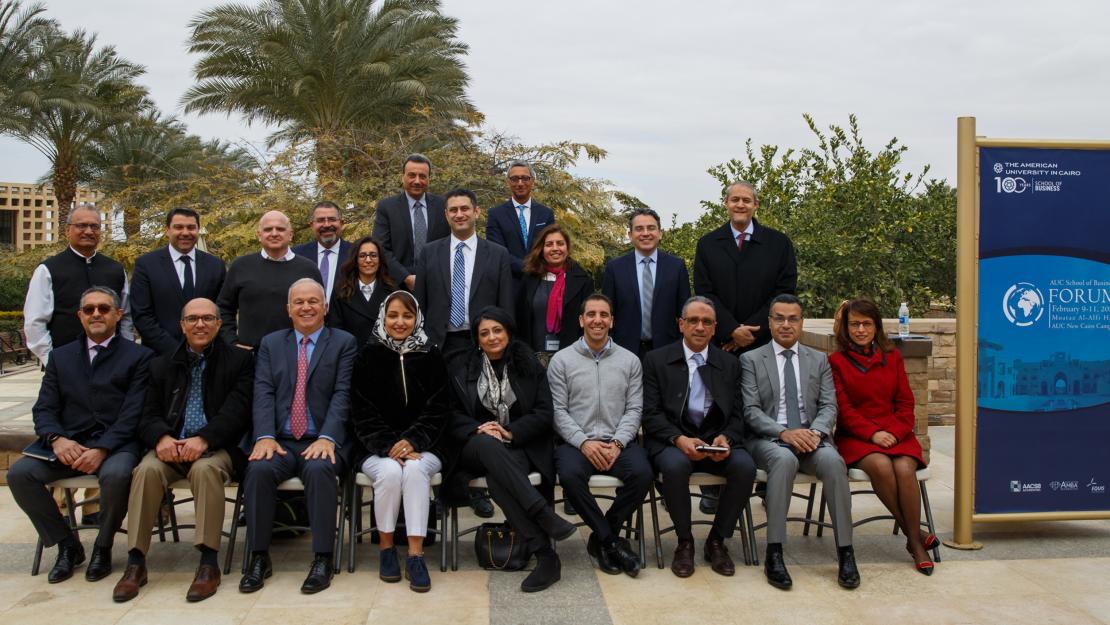 The AUC Business Forum, which took place between February 9-11, brought together a diverse group of renowned and distinguished scholars, practitioners from the business industry, as well as policymakers from Egypt, Africa, the Middle East and other parts of the world, to discuss timely and relevant issues in the world of business education.

The Silicon Valley model was discussed in-depth, analyzing how much of that model applies to the region and Egypt. The roundtable participants shared a general opinion that every region, or even country, needs to find its own model and that “what happens in Silicon Valley, stays in Silicon Valley” since its ingredients of success are very much difficult to replicate elsewhere. While it’s always beneficial to learn from the best models in the world, replication is long-gone; local and regional market understanding and adaptation to the local markets are the new replacement.

With regard to challenges, it was repeatedly stated that many countries are facing a lack of high-quality jobs, and Africa as a whole is experiencing massive youth unemployment. To untangle that problem, it’s advocated to steer the highly qualified students in addition to professionals towards the path of entrepreneurship; through inspiring, educating, and supporting them.

The byproduct would then be a pipeline of companies that could generate jobs. Paying particular attention to the AUC Venture Lab and its activities, roundtable participants voiced that the model of the lab needs to be replicated in different areas in the region, while Egypt should be utilizing the AUC Venture Lab as the hub to teach and train individuals all across the country, with a potential to extend even across Africa.

Entrepreneurship education was even suggested to be incorporated in curriculums as early as the ninth grade and should be a fundamental subject, just like science and math, considering that startups are believed to be the backbone of growth. Yet, a current challenge is making this content available in the local language of the given country. For instance, entrepreneurship curriculums barely exist in Arabic, which is an issue that needs to be addressed by academia. The expectation is not to produce startups as an end result, but to change the mindsets of students into entrepreneurial mindsets and enable them to think differently.

Last but not least, the role of countries and governments were touched upon, emphasizing that there is room for governments to push innovation, and building SME ecosystems are the goal that countries should be focused on at the moment. A deep culture of innovation with an army of incubators, angel investors, mentors, and entrepreneurs, is a must for survival, and unless it’s built, countries won’t survive.