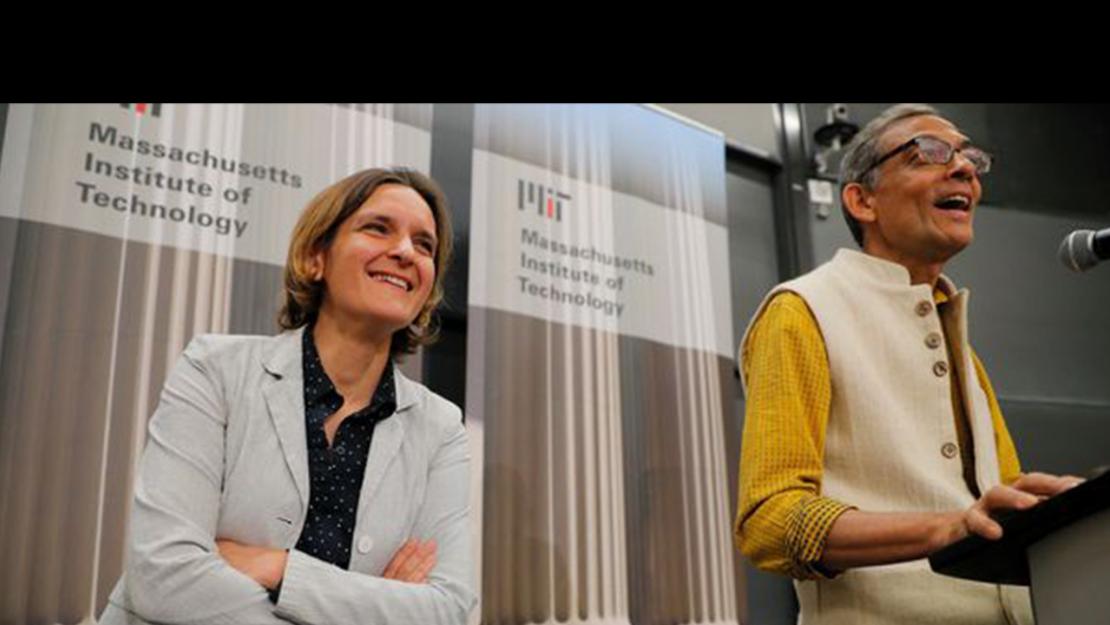 The 2019 Nobel Memorial Prize in Economic Sciences was awarded in recognition of Abhijit Banerjee and Esther Duflo, for their experimental approach efforts to alleviating global poverty.

Abhijit Banerjee, Esther Duflo, and Michael Kremer, who have devoted more than 20 years of economic research to develop new ways to study and help the world’s poor, are the winners of this year’s the Nobel Memorial Prize in Economic Sciences. The prize is an award for outstanding contributions in the field of economics and generally regarded as the most prestigious award in that field. Funded by Sveriges Riskabank in memory of Alfred Nobel and annually awarded by the Royal Swedish Academy of Sciences, the award is meant for researchers in the field of economic sciences.

Banerjee and Duflo are co-founders of the Abdul Latif Jameel Poverty Action Lab (J-PAL), founded in 2003 at the Massachusetts Institute of Technology (MIT) with a mission of reducing poverty by ensuring that policy is informed by scientific evidence. Kremer is a longtime affiliate of J-PAL.  “J-PAL has and always will represent a shared bond between our affiliated researchers, more than 400 dedicated staff worldwide, and hundreds of funding and implementation partners. Without their incredible commitment, creativity, and hard work, this journey would not have been possible. I am so grateful to all of them”, Banerjee commented on the prize.

It is worth mentioning that Duflo is the youngest person and second woman to win the Nobel Memorial Prize in Economics. In appreciation of the award, she reflected: “This recognition signifies the critical importance and urgency of our work. We have seen the great potential of experimental research and policy engagement to make change on a global scale. I look forward to taking this work forward with J-PAL’s incredible affiliated researchers, staff, funders, and implementers to reach hundreds of millions more around the world.”

Since its founding, J-PAL has expanded to become a global research center around the world in Africa, Europe, Latin America & the Caribbean, North America, South Asia, and Southeast Asia, anchored by a network of 181 affiliated professors at universities around the world.

The J-PAL Initiative at AUC, established in September 2018, under the auspices of the School of Business, conducts randomized evaluations, builds partnerships for evidence-informed policymaking and helps partners scale up effective programs. The initiative also creates opportunities for faculty members from AUC, Egypt and the MENA region to collaborate with J-PAL affiliates on research projects. Banerjee and Duflo are also the co-founders of the MITs MicroMasters Program. AUC is the first University in the region to offer a blended degree, pairing with MIT to grant MITx MicroMasters online learners credits that would count toward the completion of a full master’s degree at AUC, offering a possible pathway to earning a full master’s degree from AUC in economics in international development.

As a School, we cannot take more pride to be contributing to such an inspiring initiative. Dean Sherif Kamel comments on the announcement: “This Nobel Prize-winning approach has enormous potential in terms of generating evidence and addressing important policy priorities in Egypt and the MENA region. The School of Business prides itself on being a knowledge hub that produces research on critical issues in the region such as inclusive development. We are delighted that our faculty and staff are working with our JPAL colleagues on this initiative. JPAL’s approach to innovation, testing, and scaling in Egypt is crucial to our mission, which includes producing new and relevant research, in addition to building strong links between policymakers and partners in Egypt, and AUC faculty and students.”

To know more about J-PAL’s efforts at AUC, visit this link