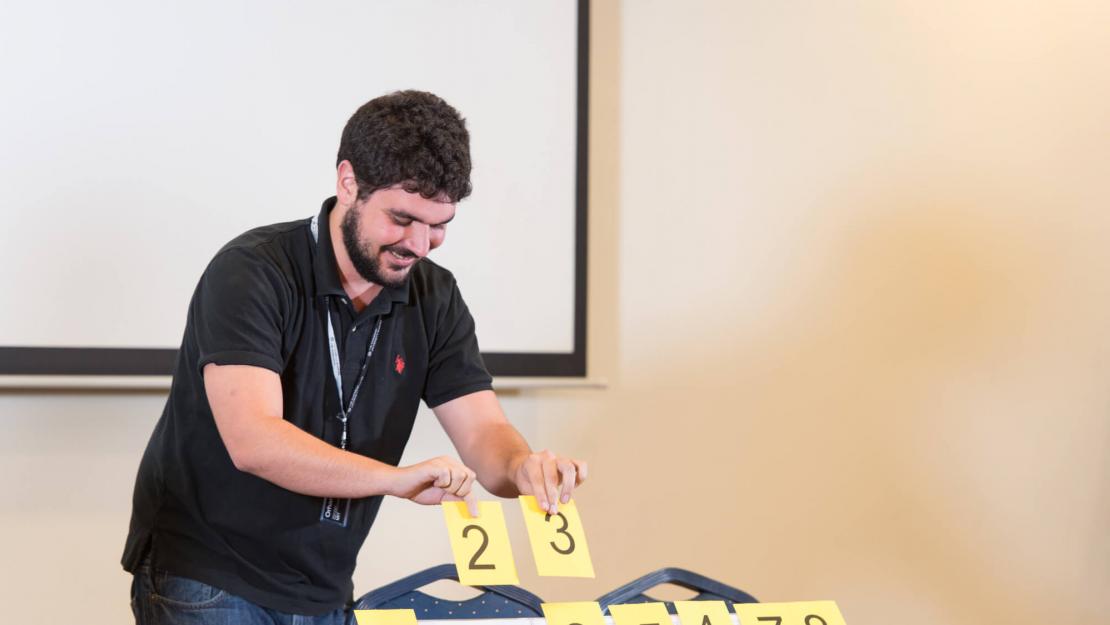 The success showcased the enormous potential of AUC students to compete with universities from all over the world as well as the vast capacity for inter-disciplinary partnerships among various entities within the University.

“The competition, which aims at bridging the communication gap between the engineering and commerce disciplines, brings together diverse talent from the School of Business and the School of Sciences and Engineering,” stated Associate Professor and Associate Dean for Undergraduate Studies at the School of Sciences and Engineering Zeinab Amin. “I followed the final presentations live online and was impressed by the great performance, skill, enthusiasm and attitude of the AUC team. They have made us all proud.”

Associate Professor and Associate Dean for Undergraduate Studies and Administration at the School of Business Ahmed Abdel Meguid noted: “This achievement is a manifestation of our focus on internationalization and the promotion of a culture of entrepreneurial thinking and creativity among our students.”

The high rankings achieved at Montreal were a result of seven months of hard work. The competition, for AUC, started all the way back in September 2017 and continued until the students and coach traveled to Canada. The School of Business Office of Student Services and Development (OSSD) used their logistical experiences to facilitate a smooth progression for the lengthy process.

It all began with a thorough selection process among students to form the hybrid participating team. Then, students, coached by Assistant Professor Neveen Ahmed, were exposed to a whole host of lectures by University professors from both schools as well as numerous industry experts to ready them for the demanding financial-technology-themed 2018 edition of ENGCOMM.

Preparing undergraduate students for the competition’s hours-long presentation structure and having them act as real-time consultants to real companies with tangible issues proved to be a challenge. As Ahmed looks at it today, however, it is clear to her that it was all worth it in the end. “I have coached the competition over the last four years. It’s a lot of work and time, but the reward is to see the students really changing in a better way in front of me,” she explained.

Khairy reflected: “We [team members] are all very different as people, but when we sat together, we thought of ways to leverage our strengths so that everyone does what they do best. We bonded very fast, and we were quickly able to find out each of our strong points. I really learned from the team and learned from everyone on it.”

It bears mentioning that AUC has been a consistent participant in ENGCOMM since the fixture was founded in 2013. As arguably the largest engineering and commerce undergraduate competition in the world, ENGCOMM has added considerable value to the skill development of participating students across the years – in equal parts through the long preparations for it and the intense real-life setting of its finale, hosted annually at Concordia University in Canada.

AUC’s successful participation over the years now allow University teams to enter ENGCOMM directly, rather than apply to enter as is the case with other universities around the world.