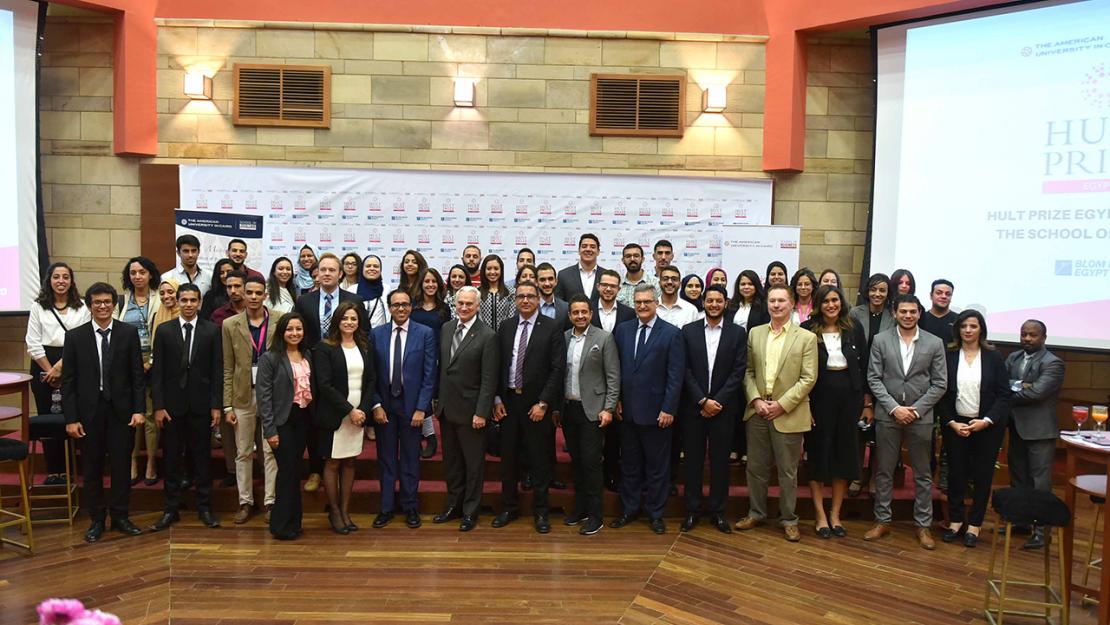 The unceasing commitment of the AUC School of Business to provide students with an entrepreneurial, experiential and responsible-business mindset has led to the establishment of the Hult Prize Egypt Center at AUC. Hosted and supervised by the Office of Student Services and Development (OSSD) within the School, the Hult Prize Egypt Center will be the exclusive hub for the Hult Prize Foundation – a startup accelerator for assisting and discovering young social entrepreneurs throughout world universities – in Egypt moving forward.

"Having BUS-HPE under the School of Business’s umbrella allows us to be a part of an international community of decision makers," stated Senior Manager of OSSD and BUS-HPE Head, May Ramadan. "This [BUS-HPE] is an enormous opportunity to make a real impact through empowering students to get involved with social entrepreneurship from a young age.”

Hult Prize has been dubbed the world’s largest student competition for social good. Since its establishment in 2010, university students have utilized its welcoming platform for crowd-sourcing ideas on pressing social issues, all in the hope of qualifying within local and regional finals to compete worldwide for the chance to secure $1 million of project funding.

Named as one of the top five ideas changing the world by former United States President Bill Clinton and TIME Magazine, the annual competition aims to create and launch the most compelling social and business ideas – startup enterprises that tackle grave issues faced by billions of people. The foundation operates the program on university campuses all over the globe. Egypt has, in recent times, emerged as a regional hub for the competition. The AUC Hult Prize was, in fact, recently named the best campus event worldwide.

“With the School’s support, the global Hult Prize Foundation noticed that Egypt was doing very well and had great potential,” explained Hult Prize Egypt Country Director and School of Business alum, Yasmine Helmy. She added that the BUS-HPE center will “kick-start the largest social-enterprise competition in the country and establish the organization as one of the main ecosystem players for social entrepreneurship in the region.”

The Hult Prize is made possible through the support of partners. Collectively, former President Bill Clinton, Net Impact, the Hult International Business School and Education First make up the competition’s partners. Now, the AUC School of Business is joining that illustrious company.